On Wednesday 4th July, five children from Years 5 and 6 competed in the School Summer Games which is a Level 3 competition. This was held at Bath University. To qualify, they won their Level 2 competition at Gemini Gym Club in Nailsea earlier in the year.

Our day started with an opening ceremony held in one of the sports halls. There were speeches, dances, circus skills and an inspirational talk from Kadeen Corbin, a member of the England Netball Team which won Commonwealth Gold. There were children from primary and secondary schools across the region who were competing in a variety of events including rounders, athletics, fencing and gymnastics.

During the morning, we had time to visit the GamesZone and try some circus skills as well as having our faces painted!  Then it was time for our competition. There were four activities to take part in. A fun inflatable that allowed us to practise jumps and rolls and a floor area to practise our floor routine. We then competed by performing the floor routine individually and the children were poised and composed, delivering beautiful routines. The last event was the vault. The children were focused, delivering a strong approach, control over the vault and a steady landing.

At the end of the cycle of events we waited for the results and were thrilled to find that we had finished in first place! Congratulations to all the children: Lexi, Emma, Freya, Holly and Daisy. Thank you to Mrs Jenkins for coming with us and a big thank you to Mrs Hodges at St Anne's. They kindly shared their minibus and we were pleased to find out that they had also achieved gold in the Year 3/4 category.

The children were a joy to spend time with - enthusiastic, fun, polite and absolutely focused when it came to their gymnastic performances. What a day!

Year 5/6 girls Science club has been such fun. The girls have been engaged and had so much fun, they have been a credit to the school and their families. We finished with methane bubbles which certainly made us all go ‘wow’! It’s been a pleasure, well done girls- Mrs Dawe

Y5/6 science club had great fun doing forensic science this week at Priory! They did chromatography, looked at footprint, fingerprint and hair samples in order to find the criminal!

Y5/6 girls are enjoying their Science Club with Priory School.  They have been busy making non-cook play dough and watched a demonstration of how to shrink a coke bottle using only hot water!  It was fascinating!!

Y5/6 girls science club had a fab first session at Priory. We watched a demo of elephants toothpaste, made balloon kebabs and balloon rockets! The unicorn balloon won the challenge! 😁

On Tuesday 22nd May, 10 Year 6 boys represented Castle Batch in a cricket tournament held at Nailsea Cricket Club. We were drawn in a very tough group against Crockerne and Yatton. Unfortunately, we lost both those matches. However, the boys (none of whom play cricket outside of school) held their own, played with confidence and improved in each match. We then had a friendly match against St Anne's Primary which we won. It was a lovely day and well done to the boys who showed excellent team spirit and enthusiasm. I hope that they may be inspired to join a local cricket club. Also thank you to Mrs Corke and Mrs Abdelhakim who helped on the trip and to the parents who came to watch.

Chris Millard from North Somerset Athletics Club came in on Thursday 10th May to work with the Year 3, 4 and 5 classes. He brought some speed gates with him and it measured the children's speed across 50 metres. The children tried their best and were really encouraging and supportive of each other.

North Somerset Athletics Club is hosting some events during the May half term. For more information visit their website at www.nsac.org.uk/news/fundays

Well done to all the children from Years 3 and 4 who came along to the gymnastics trial today. Here is a photo of a Year 6 student leading them in a warm up. We wish the selected children good luck in the competition on Wednesday 28th February.

Our Level 2 Gymnastics team are now North Somerset champions! They won gold medals in the competition held this week in Nailsea. They will now go through to the Level 3 competition held in Bath in July. Our Level 1 team also came home triumphant with bronze medals. A fantastic and well deserved result for all our gymnasts!

Well done to the Y5/6 gymnastics teams who completed a training session with Sharon from Splitz Gym Club. They worked hard on their floor routines and their vaults. Good luck Wednesday! 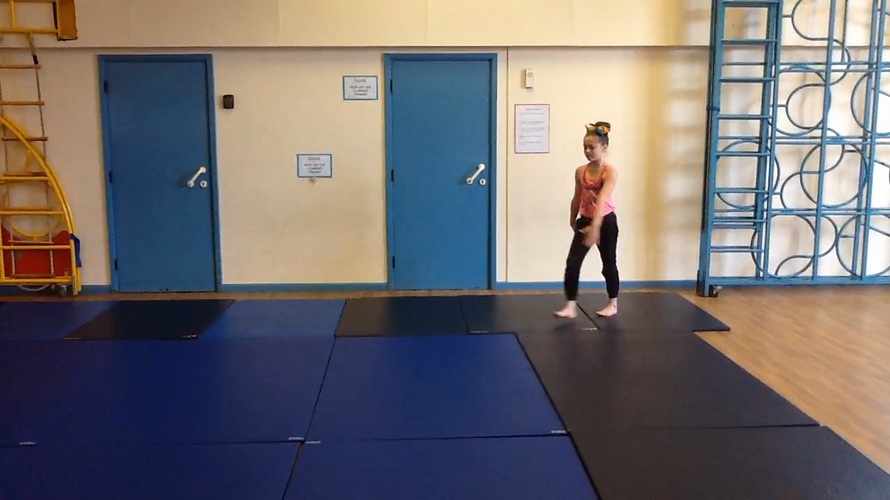 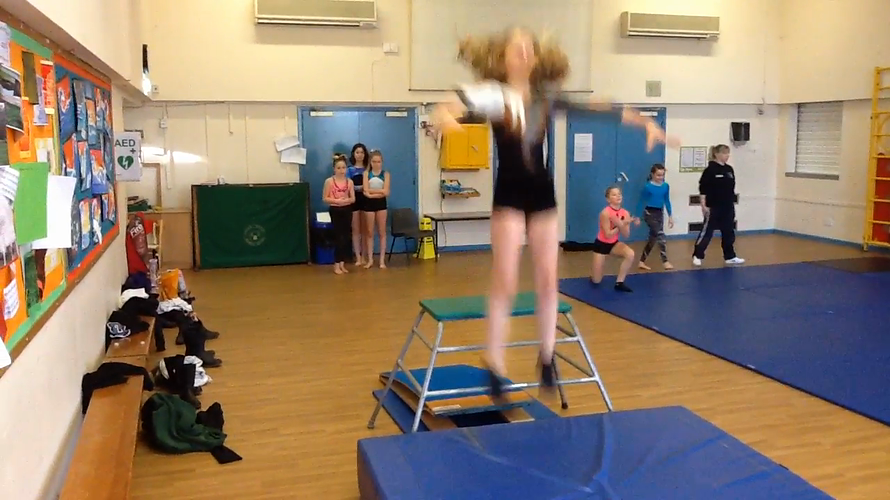 We played four matches and won our first two (4-0 against St Marks and then 3-0 against Locking). We drew a tough match against Portishead (0-0) and lost to a single goal against Wrington (0-1).  Portishead were the eventual champions with Wrington finishing as runners up. The team played incredibly well and showed real determination and a great team-spirit, all in very cold conditions! The organiser of the tournament commented that he thought that they were the best overall team as there was such good quality football played by everybody.  The team were a credit to our school and were a delight to work with. I hope that they all continue playing football and enjoying competitive sport in the future.  Thank you to our parent helpers, Mrs Grafton and Mrs Bazell.

The team we took were fantastic and we managed to come 4th in one relay event out of 19 schools and Sunnie came 3rd in the Girls 25m Backstroke event out of 19 swimmers!  Great team spirit and very competitive racing. We were very proud of their performance at this county event!

Our Year 5/6 football teams played a 7-a-side match against Worlebury School on Friday 17th November.  The boys' team won 1-0 after playing a closely fought game, including a clearance off the line by Ryan S. This team will play their next qualifier against St Mark's School (date TBC).  The girls' team were very strong and won 14-0. They progress straight to the North Somerset Schools Tournament which will be held in January.  Congratulations to both teams and many thanks to the parents from both schools who supported the players.  Thanks you also to Nadine from Future Starts who was a fair and consistent referee and to Matt Bazell, who worked with the teams to decide positions and tactics.

Here are some of our Year 6 pupils and lunchtime staff leading energetic dance routines on Funky Friday.